American artist John Baldessari and film set designer Naomi Shohan created “PA” 3 presenting a unique combination: film stills from the outsider’s view—the artist’s take on Hollywood—and film stills from the insider’s view—the set designer who has worked on many major film productions such as “American Beauty,” “Constantine,” “The Replacement Killers,” “The Sorcerer’s Apprentice,” as well as many others. They engage in a visual dialogue and play with juxtapositions, correspondences, and contrasts, which add new surprising, ironic, and witty dimensions and narrations to the images.

The publication includes a conversation between John Baldessari and Naomi Shohan, moderated by Amy Cappellazzo, as well as texts by David Campany and Jessica Morgan. 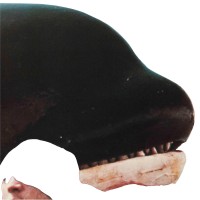 Museum of the Future: Now What?

Rethinking the role of the museum today

Thinking in Thin Air makes it possible to experience the ideas of the artists, architects, and scientists

Museum of the Future

Interviews with artists, architects and curators on how they see the challenges of the museum of the future.

This volume compiles ideas and projects from well-known artists, architects, designers, filmmakers and researchers on mountainous regions not only in Switzerland, but worldwide.
Design & Code by Daniel Bär